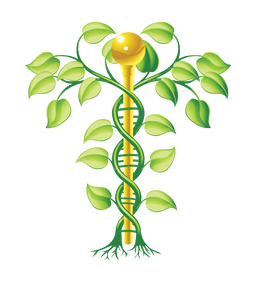 Naturopathy is a system of healthcare with a deep history of traditional philosophies and practices, supported by modern scientific research with medically trained practitioners and a breadth of natural treatment options to serve patients. It falls within the Traditional and Complementary Medicine (T&CM) and Integrative Medicine (IM) industries.
Naturopathy is based on the principle of homeostasis - that the body can heal itself and will always strive towards good health. Naturopathic Medicine is far from a new medical paradigm. When we look to the father of all modern medicine, Hippocrates, we see all the makings of a modern naturopathic doctor. "Let food be thy medicine, and medicine be thy food" is probably his most famous adage, reminding us that proper nutrition in the right balance is the key to healing and building strong healthy bodies. More recently, naturopathy has been practiced and known in Germany for centuries. Many of the principles and philosophies of modern naturopathy originated in Germany and Europe in the 16th and 17th centuries. Read here for more detail.

North America is now considered the home of modern naturopathy, or naturopathic medicine where qualified graduates are licensed Naturopathic Doctors. Most New Zealand naturopathic schools are government-accredited and naturopaths here are working hard toward regulation/licensure. It is imperative that when seeing a naturopath, you make sure they are registered with the Naturopaths and Medical Herbalists of New Zealand association to guarantee they have the correct scientific training and ongoing education to safely work with patients. There are growing and compounding numbers of strong international naturopathic associations, ongoing naturopathic research and specialised groups and journals to support the practice of naturopathic medicine.
Maverick physician Dr. Henry Bieler, author of the bestselling Food is your Best Medicine, wrote:

The naturopathic principles taught in most countries include:
Naturopathic Theories
There are a number of naturopathic theories practiced around the world including: