Hippocrates (460-370 BC)
Naturopathic Medicine is far from a new medical paradigm. When we look to the father of all modern medicine, Hippocrates, we see all the makings of a modern naturopathic doctor. The Hippocratic Oath is recited by all doctors, of all fields, before they are granted the title of their doctorate. There are a few fundamental principles of practice that Hippocrates expounded however, which make him particularly keen on naturopathic methods. "Let food be thy medicine, and medicine be thy food" is probably his most famous adage, reminding us that proper nutrition in the right balance is the key to healing and building strong healthy bodies. Hippocrates also coined the term physician - one who observes nature and one who applies her principles. Using baths, rest, food and respecting above all the healing power of nature through fever and excretion, Hippocrates is still known, two millennia later, for his ability to heal the sick. 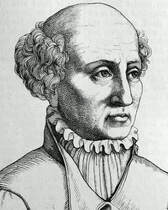 Paracelsus (1493-1541)
During the middle ages, pestilence ravaged most of Europe. Poor hygiene, and scarce or adulterated food supplies left countless people in very morbid conditions. Paracelsus was a young physician when he went East to learn the secrets of medicine from the Arabs. As the West had fallen into the dark ages, the Middle East was thriving with culture, poetry, food, art and above all medicine which they had been able to salvage and continue from the falling West. Paracelsus was initiated into alchemical and medical knowledge from the dervishes of Constantinople. He then travelled on foot, healing the sick from village to village, sleeping on bar room floors and honing his craft on the undesirable, the unwashed, the sick of spirit and body.
​
Upon his return to the West, he had developed a deep understanding of how the forces of nature set to work in a sick body in order to heal. He developed many sophisticated remedies that enhanced and initiated these processes within the sick, and was renowned for his ability to heal. Though his alchemical work became the basis for modern chemistry and thus pharmacology, Paracelsus never let go of his understanding that without the healing power of nature, medicine is a sterile, inert and ultimately anaemic undertaking. "The art of healing is done in the service of nature and her wisdom, the physician is the servant and nature the master."  - Paracelsus 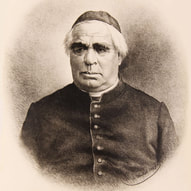 Sebastian Kneipp (1821-1897)
More recently, naturopathy has been practiced and known in Germany for centuries. Many of the principles and philosophies of modern naturopathy originated in Germany and Europe in the 16th and 17th centuries. The original naturopaths – prior to the 1900s – from around the world were trained by European doctors using hydrotherapy, herbal medicine and other traditional forms of healing. Currently, European countries consider their practice of naturopathy as a system of healthcare that has evolved by incorporating the traditional medicine of each country with the naturopathic principles, theories, modalities and traditions that have been codified in North America. Traditional forms of naturopathic teaching and practice are still common in Europe. 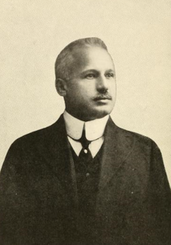