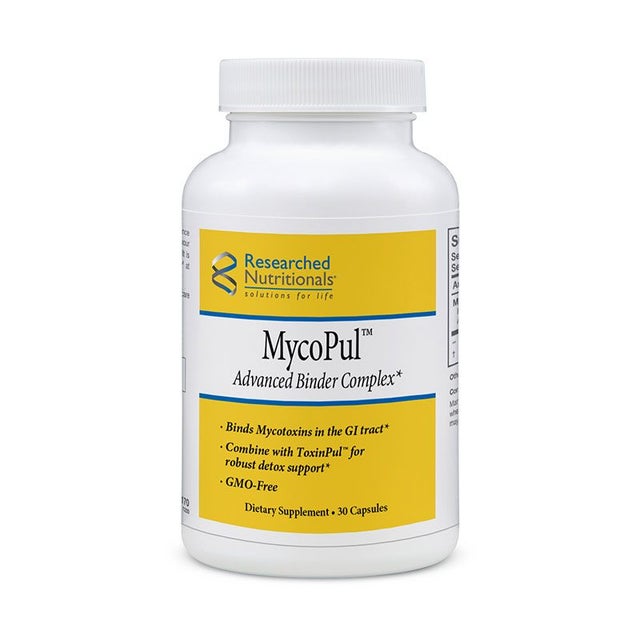 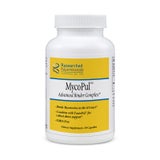 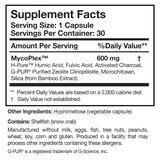 MycoPul® employs multiple targeted binders to remove mycotoxins (toxins produced by mould), from the GI tract. Because each mycotoxin is unique and responds differently, MycoPul’s proprietary MycoPlex™ blend is formulated with multiple targeted ingredients shown in research to bind the most prevalent mycotoxins.

Included in MycoPlex™ are six targeted binders including G-Pur® Zeolite Clinoptilolite, a patented, highly purified, and natural form of zeolite. G-PUR® uses a proprietary purification process to remove any contaminants it may have previously bound to from soil, enabling it to bind to more within the GI tract. Clinoptilolite is the most desirable form of Zeolite, as other forms of zeolite have high aluminum to silica ratios reducing their binding ability. It is also more stable, meaning it does not break down in the body and has a high affinity for binding ammonia.*

The MycoPlex™ blend also contains superior humic acid sourced from a particular peat bog in Europe known to produce the purest and most potent humic substance available. This bog produces material with an average humic acid concentration of 70%, compared to most other sources which average around only 30% humic acid.

MycoPul® can be used as a standalone product, or as part of a more robust detox protocol by combining it with other Researched Nutritionals® products such as Tri-Fortify®, and ToxinPul™. We recommend that patients taking MycoPul® also take a multi-mineral such as CoreMinerals™ at the opposite time of day, to replenish good minerals lost during the binding process.